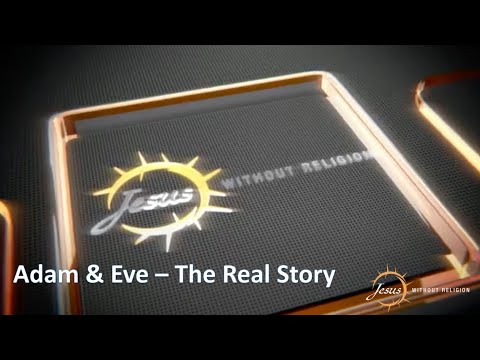 Today you will discover the true account of the biblical story of Adam and Eve. Contrary to religious teaching, the story about Adam & Eve is not about deliberately wanting to be disobedient, but rather wanting something other than God to show them right from wrong. It’s a picture of looking to the law or a rules-based system instead of Christ for Godly living. What we will see today:

All our lives we were led to believe the story of Adam & Eve was simply about disobedience to God and being what brought sin into the world. While the act was disobedient, and I still call it sin, there so much more to this story. In Romans 5:20 we are told the “law came in so sin would increase”, and the story of Adam & Eve points to the very same thing. Rules came in…..and sin increased. Hang with me and you’ll see it too.

The Israelites wanted the law to guide them into godly living. They used it to show them right from wrong. We all know how that worked out. By the law no one was found righteous (Romans 3:20). No, not one. Now, let’s look at the story of Adam & Eve. Specifically, what motivated them to eat from the tree. You’ll discover it wasn’t about WANTING to disobey, but rather a desire to OBEY and have “knowledge of good and evil”, whereby they could choose for themselves, instead of letting God guide them. In other words, it was their version of the law. Today, Christians make the mistake of relying on the law for godly living, when we should be depending on Jesus, and only Jesus.

NOTE: Here just might be the first sign of legalism. Eve quoted God as saying “you shall not touch it”. God only said “you shall not eat of it”. She was adding rules to Gods rule.

[Genesis 3:3-5] The serpent said to the woman, “You surely will not die! For God knows that in the day you eat from it your eyes will be OPENED, and you will be like God, KNOWING GOOD AND EVIL.”

NOTE: So there’s the hook. Not to disobey, but to have their eyes OPENED – KNOWING GOOD AND EVIL. Instead of letting God lead them, they wanted to know for themselves. We still do this today when we look to the law for godly living and guidance, instead of Christ, in us.

[Genesis 3:6-7] When the woman saw that the tree was good for food, and that it was a delight to the eyes, and that the tree was desirable to make one WISE, she took from its fruit and ate; and she gave also to her husband with her, and he ate. Then the eyes of both of them were OPENED, and they KNEW that they were NAKED;

NOTE: They didn’t even know what sin was before their eyes were opened. But immediately we see they realized they were naked. God did not want them to eat from the “tree of knowledge of good and evil” because he was their guide, and that knowledge (a/k/a law) comes in so that sin would increase, and in the same way, as we saw in Romans 5:20, sin also entered from this knowledge in the Garden.

This is why Christ wants to free us from the law. He wants God to guide us, not the law.

[Galatians 3:23-25] “But before FAITH came, we were kept in CUSTODY under the law, being SHUT UP to the faith which was later to be revealed. Therefore the Law has become our tutor to LEAD US to Christ, so that we may be justified by FAITH. But now that FAITH has come, we are NO LONGER under a tutor.