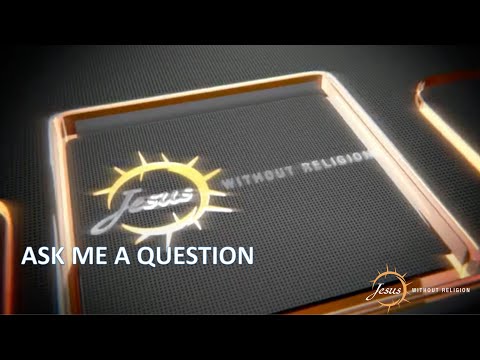 Today we’re going to be talking about a parable about virgins. I want to give you the actual biblical view about the parable of the 10 virgins. If you’re looking for someone to chastise you about needing to perform more, I’m not the guy that’s going to use this parable to do that. Because that’s not at all but the heart of God is in this parable.

Have you been taught that the parable of the 10 virgins is about your outward works and performance?

Is this about various levels of punishment or Hell? Well, I don’t think it’s about either one. So let’s see if we can find out what’s really going on here. And I think the answer will be clearer than you might think.

“At that time the kingdom of heaven will be like ten virgins who took their lamps and went out to meet the bridegroom. 2 Five of them were foolish and five were wise. 3 The foolish ones took their lamps but did not take any oil with them. 4 The wise ones, however, took oil in jars along with their lamps. 5 The bridegroom was a long time in coming, and they all became drowsy and fell asleep.
6 “At midnight the cry rang out: ‘Here’s the bridegroom! Come out to meet him!’
7 “Then all the virgins woke up and trimmed their lamps. 8 The foolish ones said to the wise, ‘Give us some of your oil; our lamps are going out.’
9 “‘No,’ they replied, ‘there may not be enough for both us and you. Instead, go to those who sell oil and buy some for yourselves.’
10 “But while they were on their way to buy the oil, the bridegroom arrived. The virgins who were ready went in with him to the wedding banquet. And the door was shut.
11 “Later the others also came. ‘Lord, Lord,’ they said, ‘open the door for us!’
12 “But he replied, ‘Truly I tell you, I don’t know you.’
13 “Therefore keep watch, because you do not know the day or the hour.

What made the one group of five so wise? Was it a bunch of outward works?

Hold on before you jump to that conclusion. Let me point out that there’s no mention of having various levels of works in this parable. He doesn’t even hint about outward performance.

What makes an unbeliever foolish?  1 Cor 1:18 tells us that the gospel is foolishness for those who are perishing.

What makes us Wise? Wouldn’t it be the exact opposite? I submit to you that the five virgins with wisdom were Wise because they believed in Christ and the message of the cross.

Five of these virgins did not have OIL for their lamps. They were called foolish

The other five virgins did have oil. They were the ones referred to as wise.

So what is this oil symbolic for?

Is it symbolic of a bunch of outward prideful bragging about the things they did? I don’t think so. In fact, I think it would be foolish to think that the heart of Christ was to get Christians to have a bunch of works rather than to show unbelievers the importance of inheriting salvation through faith and obtaining the Holy Spirit.

The oil indeed is symbolic of the Holy Spirit.

How do you prepare for salvation? By Works? Of course not.

We prepare by trusting in Jesus. You won’t find a single salvation verse that tells us we are saved any other way than trusting in Christ.

We know that there will come a day when the door will be shut. God is not going to shut the door on people who didn’t perform well enough.

It will be too late for those who have not received the Holy Spirit and been saved through faith.

It will be a terrible day for people who interpret the scriptures as receiving salvation through outward performance. These will be people who’ve seriously missed the gospel, and quite frankly never knew Jesus. And that’s exactly what Jesus will say to those people as we see in verse 12. He said truly I tell you, I don’t know you.

Please let me point out that in verse 12 Jesus literally is defining the problem in this parable. You’re not gonna find any mention of performance. No discussion about works, and no discussion about outward sin.  The problem he’s describing is inward sin. He’s talking about the sin of unbelief.

He said I don’t know you. Don’t buy into the religious garbage that he knew them a few years ago and now he doesn’t know them anymore. That’s not what we’re talking about. This is about never knowing Christ.

This also reminds me of another verse found in James 7:23 that people wildly abuse because they don’t understand the gospel.  In this verse Jesus describes the problem as well. He says I never knew you. Keyword never. And yeah we’ve got a bunch of terrible teaching trying to turn this verse into being about performance. Salvation is about knowing Christ.

They think Christianity and salvation is about how well we perform and how much we do on earth. They miss that Christianity is about knowing and trusting Jesus. It’s about recognizing that there is no amount of work, avoiding sin, or performance that could save us. It’s literally about putting 100% of your trust for salvation in Jesus. The minute somebody says “yea, but, you also need to” is the moment you know they missed it. It’s Jesus and nothing but Jesus. Not Jesus plus a little bit of you doing really good.

Those are the people that think what we teach is s an anti-works message. It’s not. In fact, we are pro-works. We believe Christians are made for good works. We believe good works fulfill us. The actual difference between the two views is quite simple. The other party believes those works save you. Because if you listen very carefully you will find neither party is against works. But one party will demand that without them you’re not saved. All you have to do is listen with a careful ear. Notice one group has a huge focus on you in your performance, and the other one has a huge focus on Jesus and his performance. Make no mistake, this is not semantics. This is about who you really trust for your salvation.

In Matthew 25:13 Jesus gives us the point of the entire parable: remember, he just got through telling the group that he doesn’t even know them. He told them the problem. So if that’s the problem, then the solution is you need to know him. And as such Jesus responds by saying the following in verse 13  “Therefore keep watch, because you do not know the day or the hour”).

At the end of the age, when Jesus comes back, some will be ready for His arrival (i.e. the wise virgins who had the Holy Spirit – olive oil); others will not be ready (symbolized by the foolish virgins who had no oil). So the oil in context symbolizes the Holy Spirit. And if you haven’t put your faith in Jesus, you have not received what the parable is symbolizing regarding the oil. This is not a parable about you and your human effort. This is a parable about you and whether or not you are ready for judgment Day.

Are you ready for the arrival of Christ? Because the only way to do that is to Faith. And if you believe in Jesus, you have all the oil you will never need!